The Flaws of A Vanguard Party 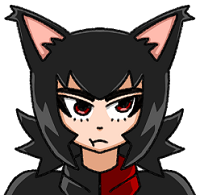 The Flaws of A Vanguard Party

I think most of the people here might agree that the Leninist idea of the communist party is by far the most effective and most able to take power. However, with the rampant infiltration and revisionism that has destroyed or is destroying Communist parties in the west, the corruption in the Communist Party of China which Xi, thank god, is fighting against communists should consider what organizational weakness might exist in the Leninist model of the party and how they can be solved.

I am a Marxist-Leninist myself but I’m uncertain about this question. I don’t know if the problem is simply too many idiots and is basically insurmountable without a critical mass of actual communists in communist parties or there is some organization flaw that allows a democratic centralist party to be destroyed. Leninist parties of the past have shown extreme organizational durability at times but have been exceptionally brittle at other times especially when they don’t occupy political power.

What new discoveries should a 21st century “What is to be done?” should include, if any?
"...mankind is divided into rich and poor, into property owners and exploited; and to abstract oneself from this fundamental division and from the antagonism between poor and rich means abstracting oneself from the fundamental fact."
Top 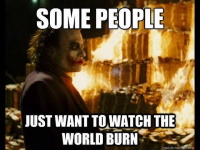 What are some notable cases of Leninist parties showing durability vs crumbling apart? I think if we want to answer this question it would be helpful examining cases in closer detail (insofar as this is possible, given that it is difficult to discern the extent to which a party has been infiltrated due to the covert nature of such operations). If you happen to have some sources giving info on contemporary CCP intraparty politics that would also be helpful since I don't know much about that whole situation.

I do think in any case that as far as the West is concerned at least, the potential for a vanguard party (and by virtue the potential for a revolutionary movement) isn't looking great. It takes a certain degree of solidarity, a willingness to subsume your own opinions and desires to what you understand to be the collective good, that presently seems to be absent in many people. Examples abound of increasing "individualization" that make it difficult to organize people around anything more than their own immediate parochial interests. I think this is a fundamentally untenable state of affairs in the long run but it might take something like a societal breakdown for the West to wake up to the fact that eroding social bonds may, in fact, be really really bad for society (I think a lot of people do "know" this in a sense but do not act on it nor are they encouraged to do so given that capitalism is perfectly contented with a population of consumerist-individualists).
Top

Every organizational form has its advantages and disadvantages. If we are talking about the working class and its allies aiming for power, then the leninist organization is likely the only viable approach I can think of. Keep in mind that if a leninist party can be infiltrated (and it can),so do all others forms - and much much easier.

At the same time, one should not insist on a replica of the early 20th century CPs. They should be studied of course but a contemporary iteration of a leninist party will have to take into consideration the overwhelming superiority of the state when it comes to "outreach". It can no longer be said that sending out leninist footsoldiers distributing the party newspaper in the neighborhood can achieve some sort of propaganda parity with the efforts of the ruling class to influence people. There certainly needs to be some sort of organizational innovation to address current issues.

Finally, corruption is just an emergent property of organization as we move up in scales. When organization, coordination/cooperation and group cohesion is no longer based on personal relationships, corruption will always be a danger.
Top

that's a really good point about newspapers. as great as it would be if CPUSA got back to what it was doing in the 20's and 30's (a la Black Bolshevik) there is a need to be careful with opsec, both on and offline.
he/him. Read Losurdo.
Top

I'd like to give a fuller response to OP at some point but at least with regard to this:


marxonwheels wrote: ↑Sat Apr 30, 2022 6:55 pm that's a really good point about newspapers. as great as it would be if CPUSA got back to what it was doing in the 20's and 30's (a la Black Bolshevik) there is a need to be careful with opsec, both on and offline.

I would like to point out that the newspaper selling that many CPs have copied from the practice of the RSDLP misses out on one key aspect of the RSDLP in terms of their newspaper (particularly as Lenin writes about it in WITDB), which is that the RSDLP's newspaper was illegal and that the distribution of this paper was to train communist activists in the arts of evading and combating the police. Newspapers are valuable for the propagation of a party's line and to some degree combating the "mainstream" media (which is to say, the bourgeois media) but the aspect of the role that illegality played in the distribution of the newspapers of the RSDLP cannot be overlooked - it is crucial.
Top

A few lines on, Marx derides the formula of democratic control of the working people «a working people which in presenting the State with demands such as these is expressing full awareness of the fact that it neither rules nor is mature enough to rule!».
But the passage from the same text which shows what is, for us Marxists, the form of tomorrow’s society is this: «The workers’ desire to create the conditions for cooperative production on a social and, by beginning at home, at first on a national scale, means nothing beyond that they are working to revolutionise the present conditions of production; it has nothing in common with the foundation of cooperative societies with State aid!».

ON THE SCALE OF SOCIETY AS A WHOLE
This passage, along with many similar ones, is enough to establish that anyone who sinks from the "level of society", which at a certain historical point prior to the conquest of power coincides with the "national level", down to federal/trade-union levels (municipal, individual enterprise level, or worse still), falls into immediatism, betrays Marxism, and lacks any conception of communist society: in other words, they are nothing to do with the revolutionary struggle.
As to the other cyclopean antithesis between the "revolutionary transformation of society" and the "socialist organisation of labour", it could equally be addressed to Moscow’s builders of socialism, just so we can look them in the eyes and say the transition to socialism is not something you contract out to a building firm. Marx, who weighed his words carefully (just as Lenin re‑weighed them), would never have dreamed of using such a crassly bourgeois and vulgarly voluntaristic expression as "building socialism".
We won’t recall here Marx’s famously pointed criticism of the Popular Free State which were later re‑echoed by Lenin before millions of people, no longer from the confines of a study, but under the blazing skies of the greatest revolution in History! And how much more miserable are they who have ignored the lesson for the second time! The freer the State, the more it crushes the working class to protect capitalism! We don’t want to free the State, we want to put it in chains, and then strangle it. And with words such as these the anti‑statism of the various Bakunin’s and the Merlino’s is sent back where it belongs: to take up its place among the clownish parodies of political thought. In place of the anti‑State – and this is the height of dialectical thinking! – will be put the new State (Engels), whose purpose will not be freedom, but repression, but which will need to arise only to finally die once and for all, having attained the abolition of classes. The Popular Free State and class autonomy are well‑suited and we hope they’ll be very happy together! They are both nothing but forms of the immediatist impotence, and immanence of bourgeois thought.